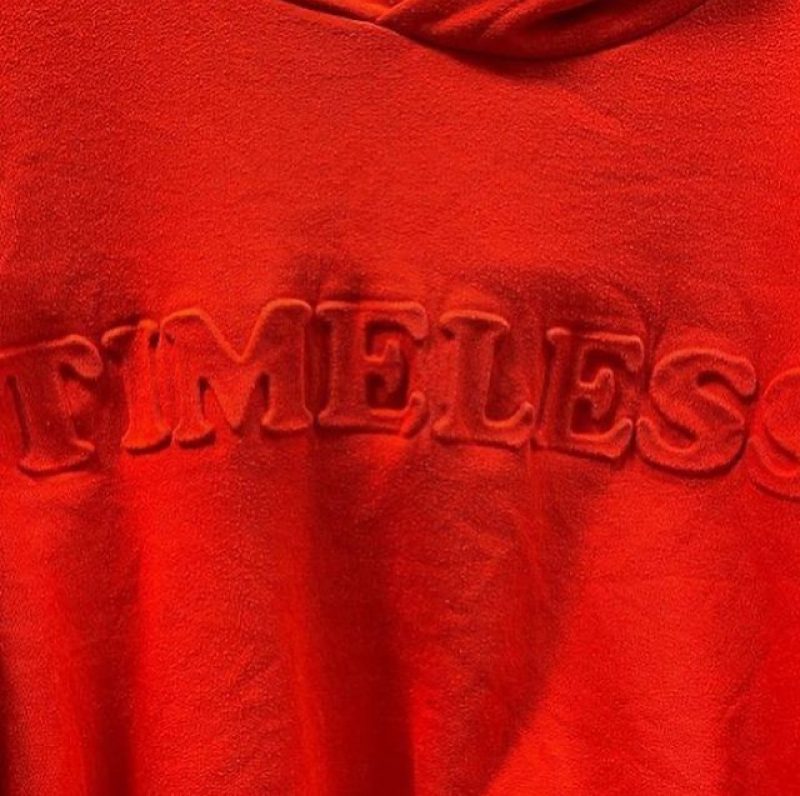 For the 11th Göteborg International Biennial for Contemporary Art — The Ghost Ship and the Sea Change — Shanzhai Lyric & Solveig Qu Suess present “TIMELESS” with artist Yi Xin Tong. Examining the entanglements between mimicry and trade within the ongoing projects of nation-building and empire, a purpose-built viewing apparatus houses fragments of film-based research following a lyrical narrative led by the figure and geographic purview of "Hamlet."

“Shanzhai,” the Chinese term for counterfeit, literally means mountain hamlet, in reference to an enclave on the outskirts of empire where bandits abscond with stolen goods to redistribute them among those living on the edges.

Considering the double entendre of the word ‘hamlet,’ as both an outlaw stronghold and Shakespeare's iconic sadboy prince of privilege, the film traces insurrectionary movements that operate on the periphery of global economy, from the rebel watchmakers of Juras to the scholar-recluses of Mount Lu to the beloved bootleg markets of New York’s Canal Street.

The collision of references untangles narratives and counternarratives of power and property, as imagery of water, ghosts, and kings form an adaptation in pieces of Shakespeare’s “original” Hamlet—itself a pirated text.

Three hamlets running parallel find poetic resonances with one another while the viewing structure they are housed in takes cues from the ship as stage—the first ever recorded performance of Hamlet having been in 1604, aboard an East India Company ship anchored off the coast of Sierra Leone.

Ship as stage designed in collaboration with common room. 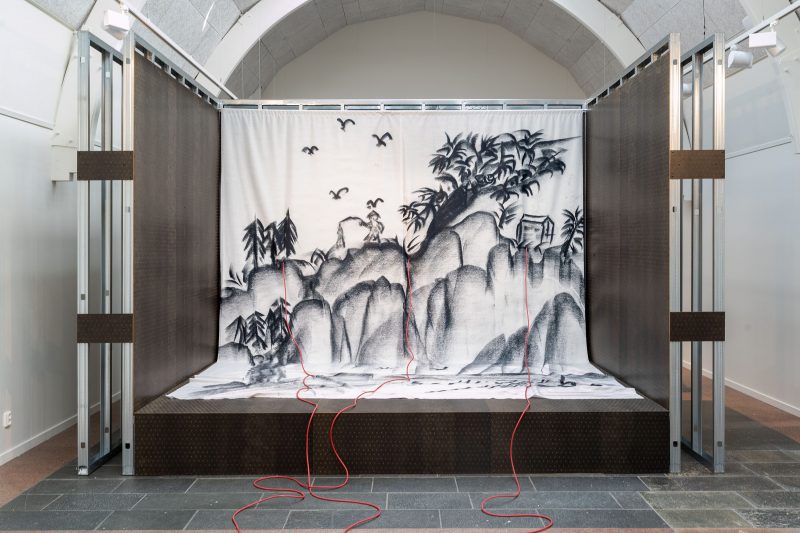 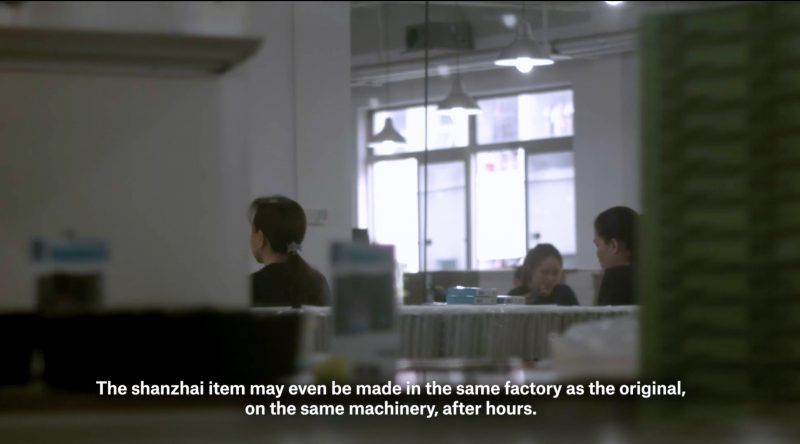 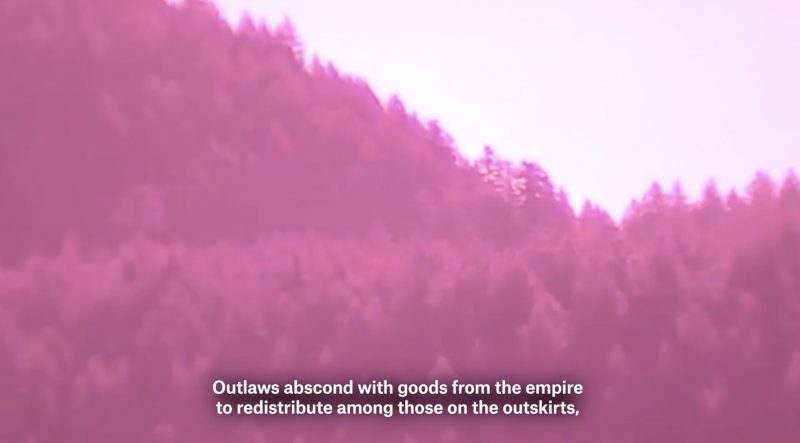 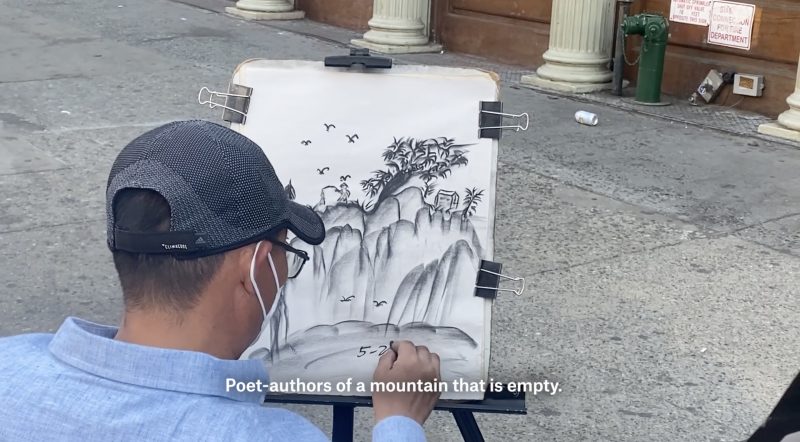 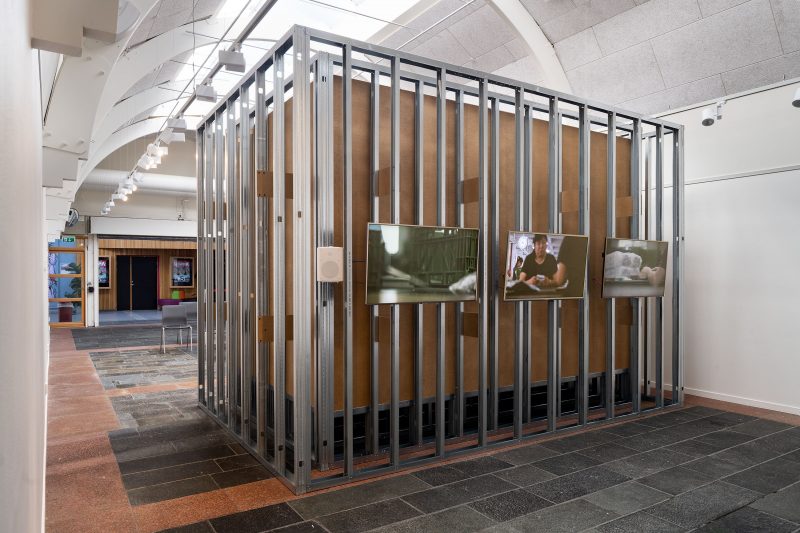 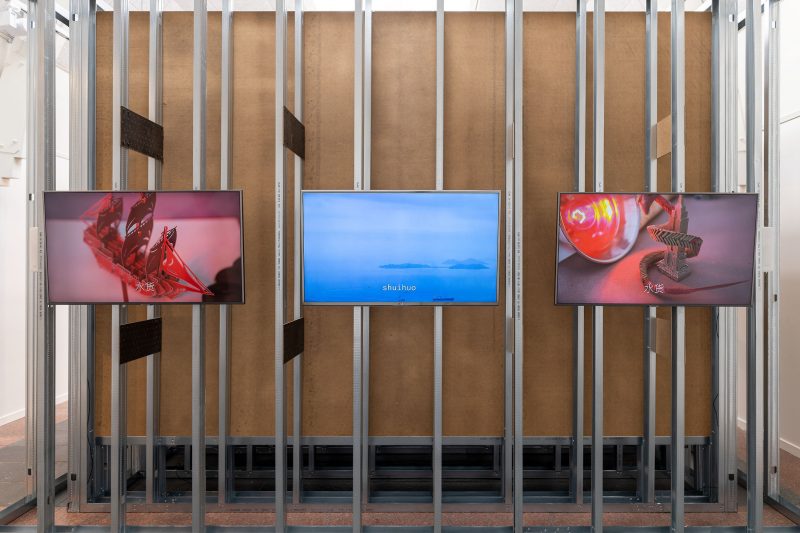 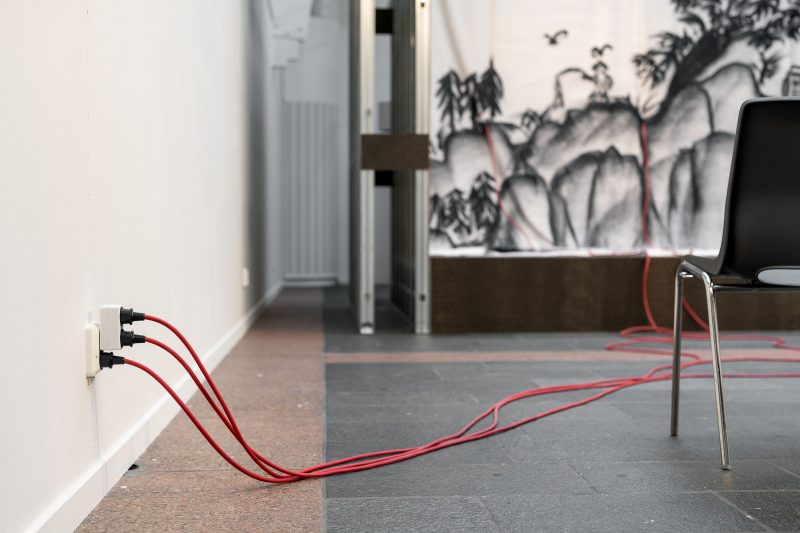 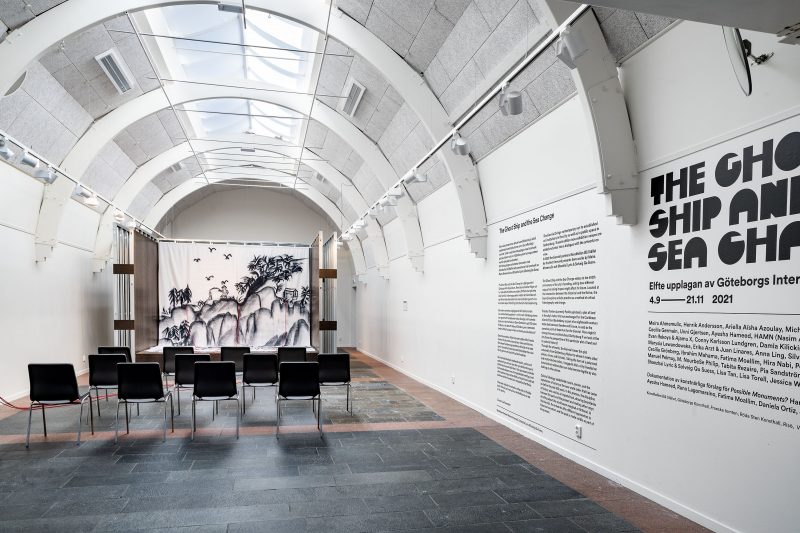